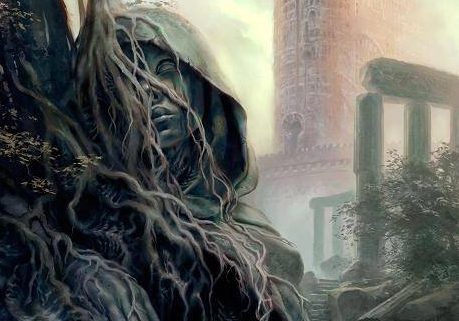 Plans to release tie-in fiction in print and electronic formats

Seattle, WA (04/12/17): Green Ronin Publishing, best known as a publisher of award-winning tabletop roleplaying products such as Mutants & Masterminds and the Freeport fantasy setting, is pleased to announce the launch of a new fiction initiative in 2017.

Leading this effort as Fiction Line Managing Editor will be Jaym Gates, author and editor, whose guiding hand has recently been evident on projects such as the Strange California anthology and Eclipse Phase: After the Fall, among many others.

“I always said that if we started a fiction line, we needed to do it the right way, and that’s precisely why we’ve brought Jaym on board,” says Green Ronin President Chris Pramas. “She has the chops and the experience to make this line sing.”

“I’m excited and honored to work with the Green Ronin team,” says Gates. “I’ve been a fan of their stories for a long time, and look forward to the opportunity to help bring new stories to life in their worlds.”

Green Ronin aims to include novels, anthologies, and both stand-alone and serialized short fiction in their releases, tied to the rich and varied worlds of their many tabletop roleplaying properties. Early releases will include fiction set in the romantic fantasy world of Aldea from the Blue Rose Roleplaying Game and tales of superheroic adventures set in the world of Earth-Prime from Mutants & Masterminds.

Green Ronin Publishing is a Seattle-based company dedicated to the art of great games. Since the year 2000 Green Ronin has established a reputation for quality and innovation that is second to none, publishing such roleplaying game hits as Dragon Age, A Song of Ice and Fire Roleplaying, and Mutants & Masterminds, and winning over 40 awards for excellence. For an unprecedented three years running, Green Ronin won the prestigious GenCon & ENWorld Award for Best Publisher.

Jaym Gates is an editor, author, and communications manager who has worked for companies including The Science Fiction and Fantasy Writers of America, Paizo Publishing, and Amazon. Her anthologies include War Stories, Genius Loci, Rigor Amortis, Eclipse Phase: After the Fall, Vampire the Masquerade: Endless Ages, and Strange California. She has also written setting and/or fiction for Blue Rose, Firefly: Smuggler’s Guide to the Rim, Shadowrun: Drawing Destiny, and Tianxia: Blood, Silk, and Jade, and was an initial developer on the Lost Citadel property.

In her copious spare time, Jaym trains horses, plays boardgames, and studies a martial art called Systema. You can find out more about her on Twitter as @JaymGates, or at jaymgates.com.

Tales of the Lost Citadel