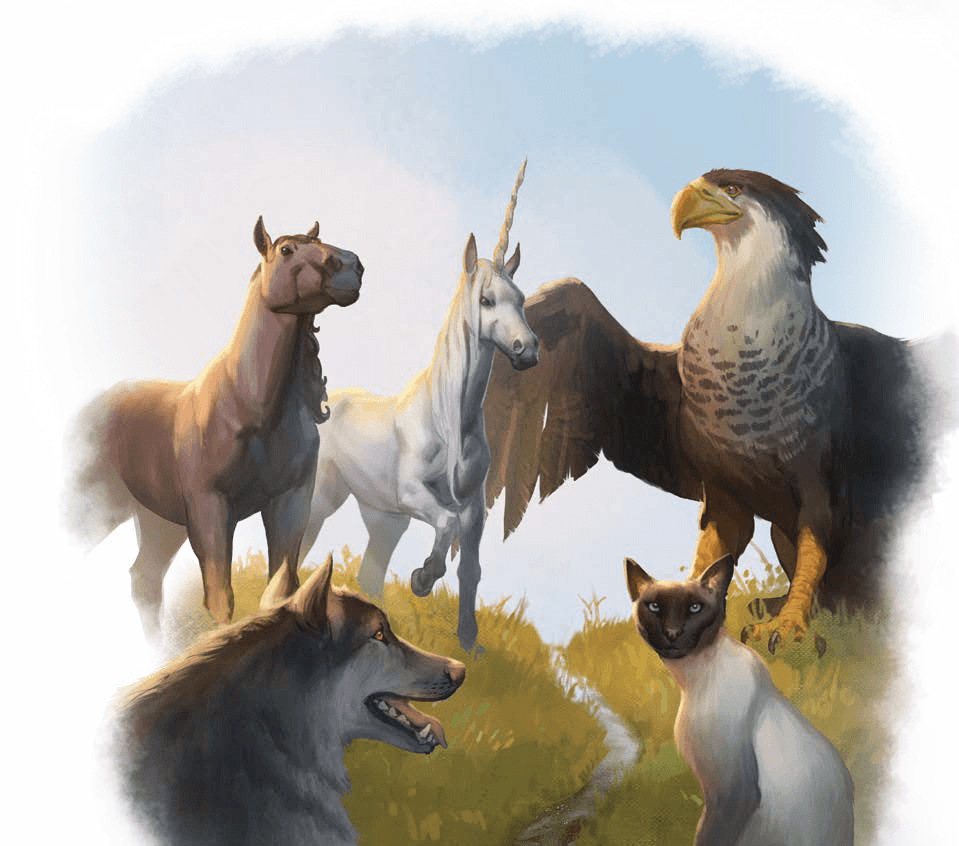 After some shipping snafus, the Blue Rose Romantic Fantasy Roleplaying game has made its way into the hands of Kickstarter backers and will likewise be finding its way to a game store near you (especially if you ask your friendly local game store to stock it…).

One element of the Blue Rose setting that differs from “vanilla” fantasy worlds is the rhydan: “awakened” intelligent animals with psychic abilities. Indeed, the name “rhydan” in Aldea (the world of Blue Rose) essentially means “thinking beast or animal”. Rhydan are based on the various—often psychically-linked—animal companions found in romantic fantasy fiction, psychic “catalyst creatures” and companions from science fiction (from Andre Norton’s Star Man’s Son to Alan Dean Foster’s For Love of Mother Not), as well as the talking animals of various faerie and folk tales.

Rhydan “awaken” from otherwise ordinary animal species, and Blue Rose presents a handful of the most widely known rhydan, along with a table for “create your own rhydan” options. Early readers of the book particularly noted that rhy-cats (one of the most common rhydan) typically look like siamese cats, but are the size of mountain lions and wondered: Are all rhydan of such unusual size? 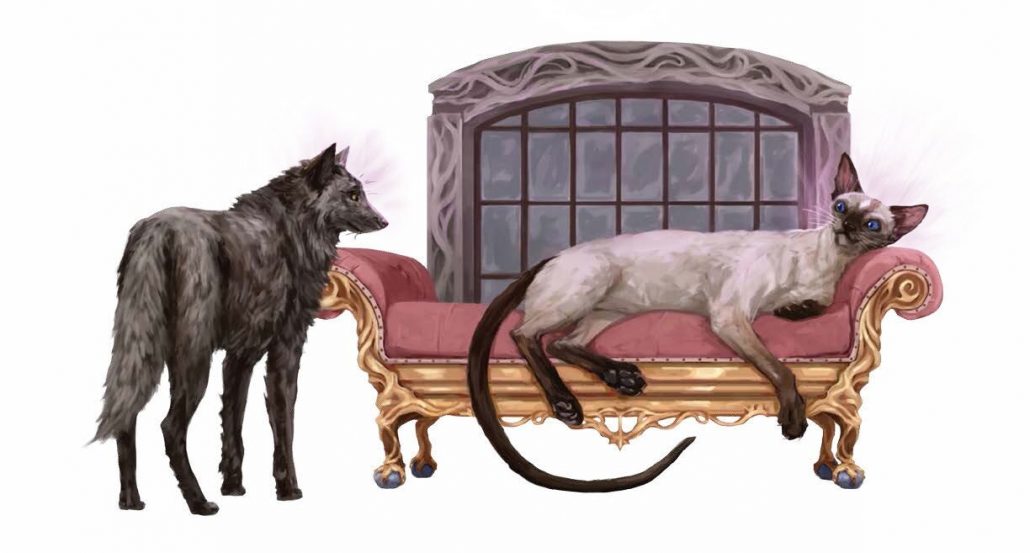 No, or at least, not necessarily. Rhy-cats were some of the very first rhydan in the earliest drafts of Blue Rose (before we were calling them “rhydan,” in fact) and they were conceived of as a specific species, unique to Aldea. That status carried over into the final draft of the original edition of Blue Rose, which had fewer rhydan options than the current edition. Nevertheless, when we updated how rhydan were conceived of in the new edition, we kept rhy-cats largely as they were as a nod to the game’s legacy. It could well be that ordinary house-cats, or even great cats like lions, tigers, or panthers (oh my!) could have rhydan members.

It’s likewise possible, given how rhydan already differ from their “parent” species, for rhydan characters in Blue Rose to be quite different in terms of size or even morphology from their mundane cousins, if you and the Narrator wish. For example, while the Blue Rose book doesn’t offer options for extremely small animals like mice as rhydan, it would be possible, or the Narrator could even offer the option of using an existing animal template, such as the raccoon, as a basis for a two-foot tall rhy-mouse with manipulative paws (and, a penchant for swashbuckling, perhaps?). The same might go for rhy-rats as well as others such as rabbits. Similarly, while there’s no rhy-elephant (rhylephant?) option in the game, perhaps a small awakened elephant from a distant clime, based on the horse template with a lower base speed and the addition of a tusk attack and manipulative trunk, is an option. Extrapolate outward from existing templates for similar creatures and variants.

Each rhydan is already unusual amongst its own species, so there’s no reason you can’t further tweak their unusual nature to better suit a concept a player might enjoy. Spin out interesting new characters and companions for your own Blue Rose series!