What Is Romantic Fantasy?

Blue Rose is a roleplaying game about romantic fantasy, but what is that, exactly? In the high fantasy quests of authors like J. R. R. Tolkien, or the larger-than-life swords and sorcery of Robert E. Howard, Fritz Leiber, and others, heroic loners or small groups of rebels, outcasts, or eccentrics perform great deeds and go on quests to obtain power and glory or to protect the world from some dire threat. 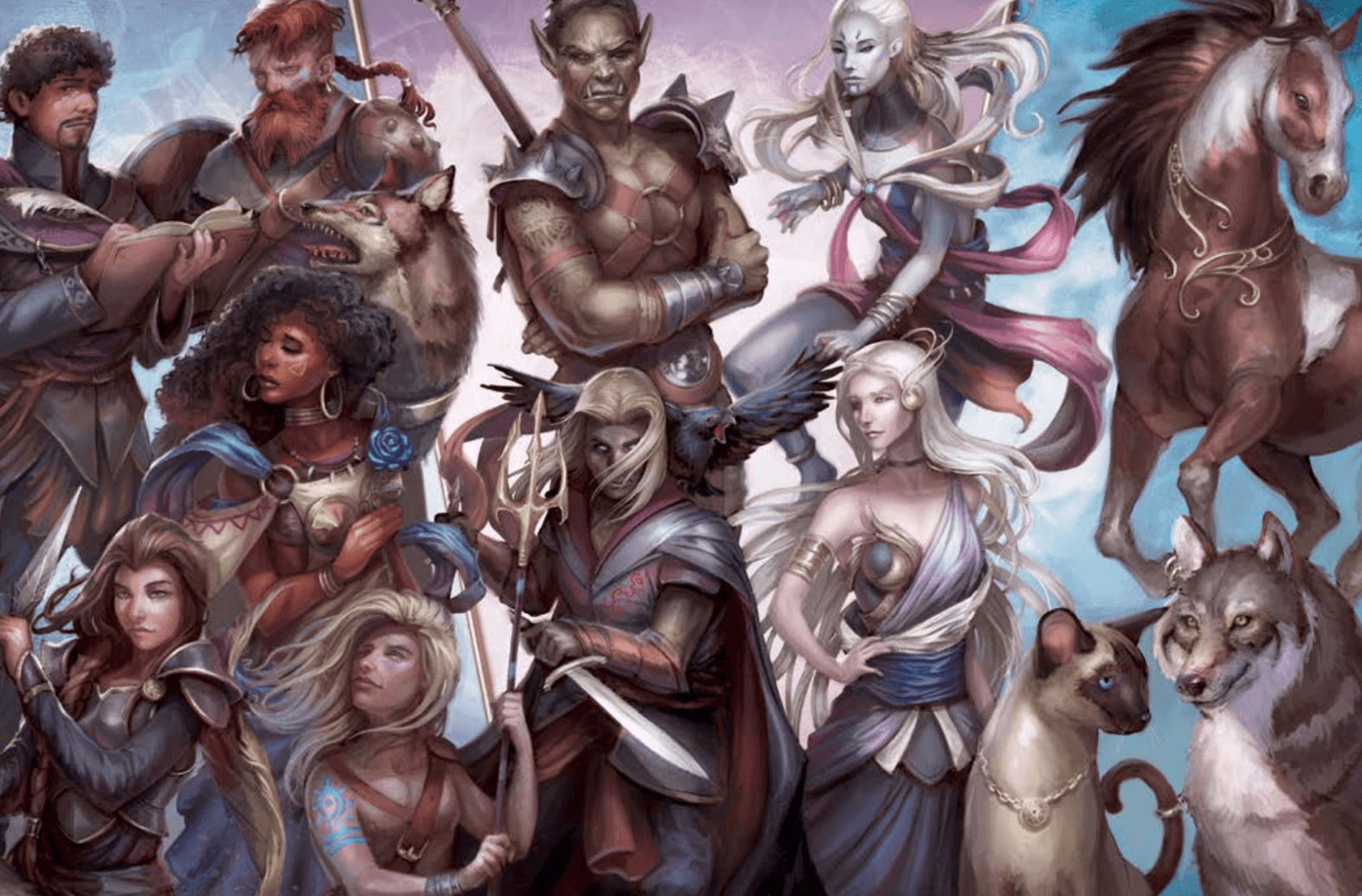 In the mid-1980s, a generation of new fantasy authors—Diane Duane, Mercedes Lackey, Tamora Pierce, and many others—wrote fantasy novels different from any that had come before. The main characters in their novels occasionally started out as loners and outcasts before finding their place in society. Generally they become members of some prominent group or official organization that goes on exciting adventures to protect ordinary people from danger. Developing a sense of belonging and finding comrades are central features of these stories. Most of these novels are in series. By the end of the first book, the main character usually discovers a community where they belong. Many of the character’s subsequent adventures involve either becoming a more fully integrated member of this group or protecting the group from harm.

Few of these novels contain elves, dwarves, or similar fantasy races, and many contain few or no other humanoid species at all. Instead, humans share their world with one or more types of intelligent or semi-intelligent animals, sometimes with a few magical human subspecies. Some of the intelligent animals are simply bright psychic pets, while others are free-willed, powerful spirits with animal bodies.

Romantic fantasy novels are often set in highly egalitarian societies, where people’s occupations and aspirations are not limited by fixed gender roles. In these books, sexist or homophobic cultures and individuals are either ignorant and see the error of their ways somewhere in the series, or they are enemies who the heroes eventually vanquish.

The heroes of romantic fantasy novels are usually environmentally conscious. Protecting wilderness areas and animals from depredation is a common plot element. In all romantic fantasy worlds, nature is a positive magical force, and anyone who protects it is on the side of good.

Attitudes about magic also differ from other fantasy novels. Instead of the scholastic magic of some stories—magic as a rare and powerful discipline involving complex rituals and arcane lore—many characters have innate psychic or arcane powers as natural to them as sight and hearing. Heroic characters can often manipulate the natural elements and use their powers with nothing more than concentration and intent. These powers are an innate and positive part of someone’s nature, and are only feared by the ignorant or evil.

More traditional magic does occasionally appear in these novels, but it’s usually only practiced by villains to bind others to their will, or to summon horrific creatures and spirits from other planes of existence. The only motives given for performing such magic are a hunger for power or a desire for revenge. This type of magic is unnatural, dangerous, and often corrupting.

Blue Rose: The AGE RPG of Romantic Fantasy: The core rulebook for Blue Rose has everything you need to get started playing in the romantic fantasy world of Blue Rose, from characters and their abilities to a description of the setting and its dangers to the rules for the AGE system. Pick up the Narrator’s Kit as well, for a set of pre-generated characters and useful references for game play, and a Blue Rose Dice Set while you’re at it.

Six of Swords: An anthology of six adventures, ready to let your players immerse themselves as heroes in the romantic fantasy world of Blue Rose.

Aldis: City of the Blue Rose: An exhaustively and lovingly detailed sourcebook describing Aldis, the capital city of the Kingdom of the Blue Rose. Includes the city’s wards, as well as a description of the surrounding countryside, a chapter on running adventures in cities, an adventure set in Aldis, plus a variety of new mechanics for player characters.

Shadowtide: A Blue Rose Novel: The first Blue Rose novel from Nisaba Press, follow three envoys of the Sovereign’s Finest in a desperate search for one of their own into the heart of the Veran Marsh’s notorious smuggler town: Serpent’s Haven, where dark powers stir.